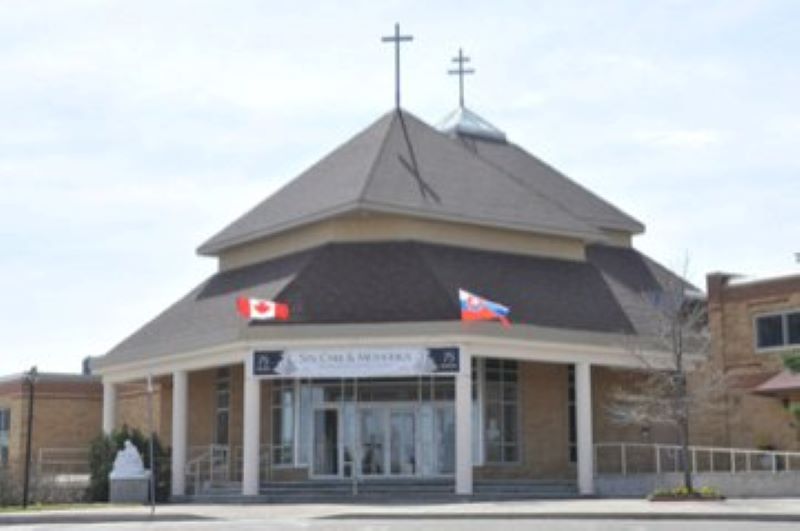 Slovak Roman Catholic Parish in Greater Toronto is celebrating 85th Anniversary of its founding. Let’s celebrate and remember how it all started.

Up until the First World War, Slovak migration to Canada was concentrated towards the Western provinces. The city of Toronto did not offer job opportunities, and so it was only a stop-over along the journey to Western Canada. It was not until the 1920s that Toronto was a good place to settle. The first Slovaks settled here permanently in 1923. Their numbers grew so large that, in about 1927, they began to organize themselves and cultivate a strong social community.

There were no Slovak priests in Canada, thus the Slovak community began congregating in the Polish parish of St. Stanislaus on Denison Ave. Later, many went to St. Mary’s Parish on Bathurst St. to establish the unofficial parish of St. Joseph. Here they were able to sing Slovak hymns during Sunday mass. The first Slovak priest who came to serve mass for the community was Father Andrej Sulek from Buffalo. Another priest, Father Albert Forian, S.V.D., also made trips to Toronto during his work as a travelling missionary among Slovaks living across Canada.

On April 18th, 1934, a historic day for this parish, Father Frank Dubosh brought Father Michael Shuba from Fairport, Ohio to Toronto to become the first pastor for the Slovak faithful in the Diocese of Toronto. Father Shuba celebrated his first mass on April 22nd, 1934, which was attended by 125 people. A few days after his arrival, the Slovak parish was officially established and Sts. Cyril and Methodius were named as its patrons. Under the leadership of Father Shuba, the first Slovak church of Sts. Cyril and Methodius, built by the congregation at 34 Claremont St., was blessed on Sunday, November 9th, 1941.

Over the following decades, the congregation strengthened in faith and numbers, supported by a vibrant and active spiritual and volunteer membership. The Slovak Jesuits provided their assistance to the parish beginning in 1952, when they were unable to return to Slovakia after completing their studies.

In 1984, Rev. Vincent Danco, S.J., together with the Parish Council, undertook the difficult task of searching out a new location while at the same time putting into motion the sale of the old church. Finally, in 1993, fundraising began in earnest. The final building plans and budget for the new church were approved and construction was started in 1995. The last Mass in the old church was celebrated on September 15th, 1993.

The new church, at its present location in Mississauga, was officially blessed by His Grace Aloysius Ambrosic, Archbishop of Toronto, on Sunday, May 12th, 1996.