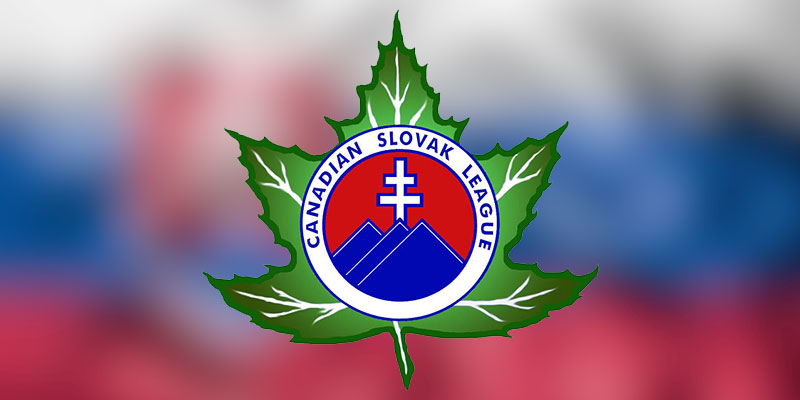 Since 1886, after the first groups of Slovaks settled in Alberta, Manitoba and Saskatchewan, many Slovak associations were founded in Canada. Most were just focused on the cooperative efforts of own members, not interested in the destiny of their homeland.

In 1932, the leaders of the Slovak League in America decided to have its own organization in Canada. This turned out to be the best and most reliable base for self-help, maintaining their Slovak heritage while integrating into the multilingual and multicultural Canadian society. Mass immigration to Canada began after WWI, primarily after 1925 when the USA reduced the immigration quotas from Central Europe. Slovaks, in their desire for a better life, turned their attention to a new and little known country, Canada. Initially, there were few immigrants to Canada. In later years their number grew to about 1,500 immigrants a year. Statistics from 1921 show that there were only 1,500 Slovak immigrants in all of Canada in that year.

In the following decades their numbers grew to more than 35,000. According to the statistical data from year 1961, there were more than 42,000 residents of Slovak heritage. In reality, there should be around 65,000 Slovaks in Canada. As elsewhere, Slovaks have moved to Canada mainly for economic reasons, however, there were also political grounds. Most have arrived with the intent to earn money, pay back their ticket to Canada, save few dollars, and then return home. Fate has crossed their plans. When they’ve settled in Canada, they quickly recognized that one can have a better life here than at home; many did not wait long and brought here their families, which caused a more intense social and organized life of Slovaks in Canada.

In December 1932, the Slovak League in Canada was founded in Winnipeg, Manitoba. It was established from the branches of the Slovak League in America that already existed in Eastern and Western Canada. This new, independent, Canadian-Slovak organization was not born from some ungratefulness toward the American Slovaks, but from the necessity and urgent needs to have an independent organization focused solely on the needs and aspirations of Slovaks in Canada. In February 1934, Slovak League in Canada received its “Dominion Charter” that caused a name change to Canadian Slovak League. Its founders were Andrej Kučera, Juraj Rondoš a Pavol A. Sabo.

There were several attempts to unite Slovak organizations, mainly the Canadian Slovak League and the Slovak Benefit Society, the two largest. The closest it came to achieve such unity was in 1970 when both organizations called their Conventions to ratify the merger. After considering several options, they have parted without a unification agreement because neither agreed to change its name. Today, both organizations struggle for their existence, stemming from a shortage of new immigration. Old immigrants are fading away, the last bigger wave was in 1968, and even they have stayed away from associations because they disliked organizing. They’ve chosen an easier path and have assimilated into the Canadian society.