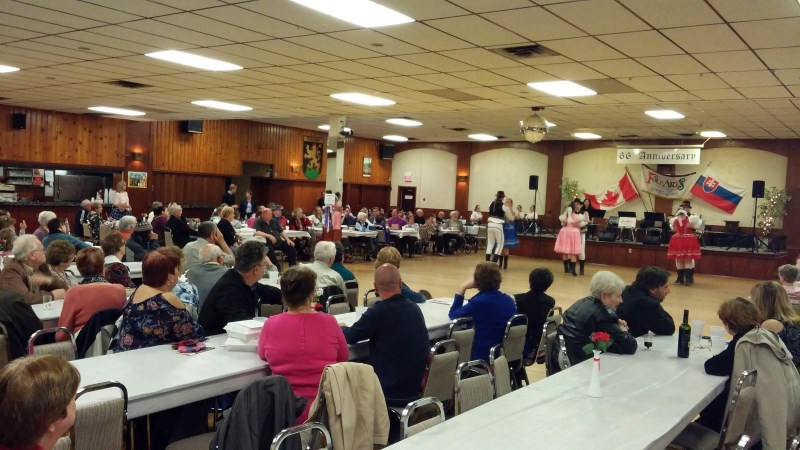 Festivals in Canada have a long tradition. They take place at all seasons. Ethnic diversity is common in many locations which organize annual Multicultural Festivals.

Niagara region has presented itself for the 50th time, the longest running annual festival in Canada. Under the Niagara Cup a multicultural center of folk culture of numerous ethnic groups and organizations opened their pavilions in St. Catharines, Thorold, Niagara-on-the-Lake, Niagara Falls, and Pelham. Slovaks were represented by the 31st Branch of the Canadian Slovak League with a contribution from the Museum of Slovak-Canadian Heritage. Their rich culture, dances, singing, costumes and culinary arts presented, besides the Slovaks, from May 3rd to 27, 2018 also the following ethnic groups - Caribbean club, Italian, Latin American immigrant association, Syria, Poles, Sardinia club, Ukrainians, Croatians, Islamic League, Sudan, Heidelberg Club, Greeks, Romanians, Chinese, Philippines, Armenians, Club Roma, Scottish, LaSalle and Sofifran Franco club. The Ambassador banquet on the eve was a ceremonial opening, followed by an opening ceremony, two programming days devoted to International Children's Day, Multicultural project of tile painting for Citz Mural, The Furry of Canada, youth, the solemn award of Canadian citizenship and other activities.

The Slovaks presented themselves at the Heidelberg club on Lake St. in St. Catharines on Saturday, May 12. This new location with a large parking lot enabled many people to come and spend a nice afternoons with good homemade delicacies and enjoy the accompanying program by the Východná Dance group. This Slovak folklore ensemble from Mississauga entertained by the diverse dances given by the children and adult dance groups and solo singing. The pleasure of watching the dancers' performances was enhanced by music played by another group of musicians between dances.

The Museum of Slovak-Canadian Heritage had a tastefully arranged exhibition of costumes and art objects with information brochures. Many questions from visitors were answered by the volunteer present.

Thanks to the well-organized Slovaks and their descendants who have prepared and worked hard the whole day of this challenging event. A smiley boy in the Slovak costume welcomed the visitors at the entrance. The whole program, two cashiers for selling tickets for food and bar, and a café with cakes and coffee, reflected the many years of experience in organizing this annual event.

A crowded hall, a stream of visitors, many of whom have bought and taken away the Slovak goodies home, and the sold out meals testified about the popularity of the Slovak Pavilion during the 50th Niagara Festival of Folklore Arts.